According to career site Zippia, as of last year, 78 percent of professional hockey players are white. It’s not a surprising statistic given the factors of cost and the fact that demographically, the sport’s roots can be traced to countries like Canada, Sweden, Finland and Eastern Europe, where populations are predominantly Caucasian.
While hockey continues to be considered a white sport, it’s a perception activists like Sean Grevy and Jazmine Miley are trying to change. Grevy, the founder of the 43 OAK Foundation, was recently joined at UBS Arena by Miley, the founder of the Hockey Players of Color (HPOC) movement and director of the Puerto Rico Ice Hockey Association, for the foundation’s first on-ice clinic at the brand-new venue. Roughly 40 players of color ranging in age from 12 to 22 from around the country were on the ice participating in passing, skating and shooting drills. The hard work was followed by a scrimmage.

A grassroots organization, 43 OAK began when Grevy changed gears from being a successful advertising executive to starting up this non-profit roughly around 2018 with about 10 players. Fast forward to today and he’s grateful to have recently signed a five-year partnership with the New York Islanders and UBS Arena to help fund his organization and host semi-annual ice hockey clinics with 43 OAK Foundation athletes. Growing up as a hockey fiend of modest means in Philadelphia, he fully appreciated the difficulty kids who dream of playing college hockey may have.

“I realized hockey is a very elite sport and very expensive to play,” Grevy said. “If you want to play hockey at the higher levels, bottom line is it costs to play. I realized while coaching in Manhattan, there are less than 100 kids on travel hockey teams in the borough. With all the people living [on the island], there are less than 100 that can play on an elite level. It quickly became appaent that there is a massive need for support and assistance in that field for kids who don’t have the access some of the other kids may have. I realized it’s like that throughout the country and I was one of those kids.”

According to Grevy, 43 OAK’s goals are three-fold: providing mentoring, connections and financial assistance for participants looking to play hockey on a more elite level. Players consist of minorities and underprivileged athletes who come from all over the country, play AA and AAA hockey and are looking to further their education through the sport of hockey.

One of the on-ice guest coaches for the day, retired NHL veteran Arron Asham can definitely relate to the goals the 43 OAK Foundation and HPOC are trying to achieve. Asham, of First Nation’s ancestry, grew up one of four siblings where, “…funds were tight and the community stepped up to help me.” It’s a lesson he took to heart, creating his own foundation, which while it’s been waylaid by the pandemic for the past two years, it, “…provides opportunities that will enhance the emotional, physical, social and intellectual well-being of children.” 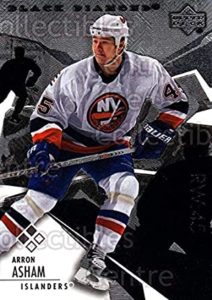 “I was in a position where I wanted to give back and I had the opportunity to do it so. The first thing I wanted to do was start up a foundation,” Asham said. “I think it’s important being a role model and a voice. That’s why I have Arron’s Chance to Play. It gives underprivileged children an opportunity to play the sport that we all love. Right now, I think we’re helping 40 to 50 kids play hockey and that’s what we’re trying to do here [today].”

Miley is proof positive of the opportunities she’s worked at achieving ever since she strapped on skates when she was 13. Her time at Finlandia University found her playing NCAA Division Three and ACHA Division One hockey. Post-graduation, Miley competed in Hungary, Norway, Finland, France and is player/director for the Puerto Rico Ice Hockey Association. The daughter of a Puerto Rican father and Colombian mother, the Queens native was oftentimes the sole person of color playing, a role that sometimes played itself out where teammates might assume she automatically knew other players who were also people of color. It was experiences like this that prompted her to found HPOC back in 2020. 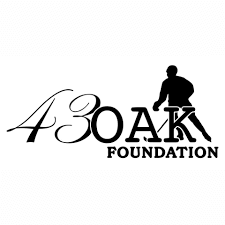 “We are a movement to show that players of color are in this game and trying to have a voice,” she said.
Miley has seen the opportunities the sport has given her and not unlike 43 OAK, HPOC looks to raise money to help players pay for seasonal team dues, attend hockey camp and pay for gear. Given how hockey has proven to be a gateway to positive unforeseen life choices for her, it’s an experience the Hispanic hockey player wants to afford kids that look like her and might not otherwise be aware of.

“I know what it’s like to grow up in the area where your options are to be chilling on the block or you’re not going to go far,” she said. “If it wasn’t for hockey, I probably would just be chilling on the block. Hockey is accessible, even if it’s on the ice, inline or ball hockey. I’m very big on getting kids off the streets, because there’s nothing else there. Hockey has taken me to play professionally overseas, something I don’t think I would have done if it wasn’t for hockey. It opens up so many opportunities for these kids than just the block.” 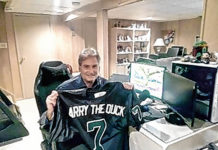