Division softball pitcher Alyssa Weinberg is picking up from where she left off a year ago. Weinberg, a dominant pitcher, is poised to lead the Blue Dragons on another deep playoff run.

Weinberg is coming off a stellar junior season during which she had a 1.50 ERA and struck out 200 batters over 100 innings of work. She tossed a perfect game and a no hitter and was named Nassau Pitcher of the Year.

Weinberg is able to spot her curveball on the inside or outside corners of the plate and finishes off batters with a lethal rising fastball. She was named one of Newsday’s Top 100 softball players.

Division is 4-4 on the season and the Blue Dragon offense is being led by Jordyn Pasqueralli, Michaela Bridgwood and Emma Robins.

While Division is still finding its groove at the plate, the defending Nassau Conference I champions remain one of the top teams to beat in the county.
In boys lacrosse, Farmingdale is 6-0 on the season thus far. In two key matchups, the Dalers beat Suffolk County powerhouse West Islip, 5-4, and longtime Nassau contender South Side, 6-4.

On The College Diamond
Boston College is being led by a pair of Nassau County standouts. Sophomore Cameron Leary of Bethpage (St. Anthony’s HS) has flexed his power in the ACC this season. The right fielder has hit 12 home runs and notched 32 RBI while batting .277. In March, Leary went 4-for-4 with two home runs in a win over the University of Miami.

Teammate Travis Honeyman, from Massapequa High School, is hitting .351 with five home runs for the Eagles. In 2018, Honeyman led Massapequa to the Class AA state title and was an All-Long Island selection. At Boston College, Honeyman is a sophomore left fielder. In March, he went 4-for-4 with four RBI in a win over South Florida.

In College Lacrosse
MacArthur’s Hugh Kelleher had a huge day for the Cornell lacrosse team. Kelleher scored the game-tying goal for the Big Red with 24 seconds left in regulation against Syracuse at the Carrier Dome on April 11. Then, just 1:12 into overtime, Kelleher notched the game-winner in a wild 16-15 win over Syracuse. The Big Red trailed by as many of six goals in the game. The fourth-ranked Cornell team improved to 10-1 on the season. Kelleher, a sophomore midfielder, has 16 goals during the 2022 campaign.

—James Rowan is a
Levittown resident. 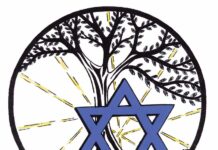