On Sunday evening, Dec. 18, Jews around the world will come together to light the first candle of Hanukkah, otherwise known as The Festival of Lights. At its heart, this uplifting holiday is about the achievement of justice in the face of overwhelming odds. It is an opportunity to reflect on the triumph of liberty over tyranny, and in fact that miracles can happen even in the darkest moments. Though they were outnumbered in people and in means, the Maccabees’ dedication to their cause was unwavering, and thus these brave warriors emerged victorious over an oppressive Greek regime. 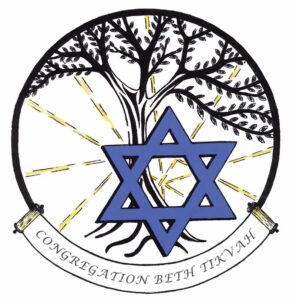 Hanukkah is the only Jewish holiday that celebrates a military victory. Because there is a tension in the Jewish tradition between the responsibility to defend the right to religious freedom and the reluctance to bear arms, the ancient Maccabees fought only when doing so was vital for survival. They went forth with great faith in our Creator, believing, in the words of our biblical prophet, Isiah, that “not by might and not by power but by the spirit of the Holy One” would they achieve victory. While fully knowing that it was their responsibility to fight for what mattered to them, the Maccabees also hoped for miracles and prayed for wisdom.

Their small beam of hope became a huge radiance of triumph and everlasting happiness for the Jewish people. This shining light, which burned continuously both in their hearts and in the Holy Temple in Jerusalem back then, illuminates Jewish homes and synagogues throughout the world today. The glow of the menorah reminds us of a just and loving Creator’s blessing, and of the countless sacrifices made over the centuries for faith and freedom. As American Jews, we owe a special debt of gratitude to the United States, for its offering us the greatest freedom of religious expression in our history.

During the eight days of Hanukkah, let us all be inspired by the knowledge that light can overcome darkness. During this season of light, let’s all renew our commitment to hope and to pray, to work and to sacrifice, and to bring about that blessed time when religious freedom will be a right, not just a dream, for all of humankind. May our readiness to defend ourselves never undermine our commitment to “seek peace and pursue it” and may this holiday season be a time of hope, happiness, peace and unity for all mankind. Amen.
Happy Hanukkah.