Hollywood has had a fun and profitable time benefiting from the haunted horrors of Long Island. But did you know that two of these spooky spots are right in your own backyard?

Also known as “The Witch House” or “The Satan House” to some, the Massapequa Hell House is a unique Victorian home located at 214 Daniel Rd., in North Massapequa, just off of Hicksville Rd. But what’s the one, tiny detail that separates it from other homes in this quiet residential area, you ask? The house is said to be haunted.

While neighbors have noted that there are residents in the house, there is little activity throughout the course of a normal day. The surrounding homes on the block carry on with daily activities as if there wasn’t a large, brick mansion across the street; complete with turrets, a “bleeding” maroon sidewalk and a hearse parked in the driveway, barred behind an eight foot tall wrought iron fence that is perpetually chained. Several overgrown trees block some of the house from view.

The design of the house is architecturally symmetrical, down to the 25 plus windows that evoke a grinning devil face. The curtains are drawn at all times and are said to be coffin linings. Legend has it that candles suddenly illuminate in the upstairs window when cars drive by the house. Supposedly, the number of candles in the window corresponds to the number of people in the car, and it is said to be very bad luck for those who see the candles.

Some say that the residents belong to a Satanist cult who chant behind closed doors. Others claim to have seen people emerge from the house, dressed head to toe in Gothic black. In actuality, the owners are believed to be a normal Christian family.

While the house may or may not be haunted, it is definitely unlike anything you have seen, and worth a drive by, but onlookers must proceed with caution. The block is patrolled during the Halloween season, and police cars are stationed in front of the house the day of. Police will arrest those caught soliciting.

Although the residents are unhappy with the attention they have received from legends, they don’t help their desire for privacy by continued “improvements” to the eerie façade.

In 1974, Ronald DeFeo Jr. murdered six family members in their sleep, on a quiet block in Amityville. DeFeo eventually confessed to the crimes, claiming that voices inside his head told him to kill his family. He is currently at the Green Haven Correctional Facility in upstate New York.

A traditional Dutch colonial with a large center foyer and classic gambrel roof, the house was vacant for 13 months after the murders, until George and Kathleen Lutz bravely purchased it and moved in with their family.

After hearing strange voices and being woken up at 3:15 a.m. every morning—the time the murders occurred—the couple moved out less than a month later. A best-selling book (published in 1977 by Jay Anson) and two movies were met with much success, however, Lutz later admitted to embellishing his claims and story for Hollywood.

Originally located at 112 Ocean Ave., in 1977, new owners James and Barbara Cromarty had it changed to 108 Ocean Ave. for more privacy after buying it at foreclosure from the Lutzes, who have since died.

After several renovations in design, the home was given a successful face-lift, so unless you know the story behind the house, you would never guess it held the dead bodies of the DeFeo family. The owners have also changed the look of the notorious side windows, which resembled a face. In 1987, The Cromarty family then sold the infamous home to its current resident, Brian Wilson, who bought the house for its sheer beauty. 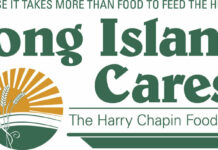 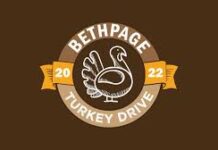 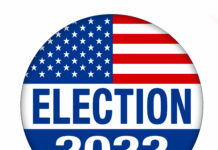