For the past 47 years, author and teacher Frank Nappi has called Massapequa home, along with his wife Julia, and sons Anthony and Nicholas. It was in 2004 at his home in Massapequa Woods where he wrote his first novel, Echoes from the Infantry, a compelling story about World War II veterans. On Aug. 28, Nappi had the opportunity to share his other works, The Legend of Mickey Tussler (2008) and Sophomore Campaign (2012), at the National Baseball Hall of Fame and Museum.

“Having the opportunity to speak at the Hall of Fame was exhilarating,” said Nappi. “It was incredibly gratifying being acknowledged, but also profoundly legitimizing in a way, because this venue is mecca for me,” he said of the Disneyworld of baseball.

About 50 fans crowded into the Bullpen Theater to hear Nappi speak about the allure of baseball, and why it is different from any other sport.

“I relayed a story of my 6-year-old self in my Tom Seaver hat and shirt throwing a ball against the pitchback, promising myself that when I went to the Hall of Fame, it would be for an induction ceremony after my playing career,” laughed Nappi. “Coming back like this isn’t so bad either.”

Nappi always had the writing bug, even as a child. His earliest recollection of writing is from third grade, when he sat down at typewriter and wrote very primitive short stories.

“I didn’t write too much in high school, I was busy with sports (particularly baseball) and friends, so it was more out of necessity for papers and essays,” said Nappi, who later attended Hofstra University and Stonybrook University with a major in English and minor in Education. “Once I got my teaching job, I published a few essays in Newsday and it felt kind of nice seeing my name and getting credit for my work.” Nappi, who has been an 11th grade English teacher at Oceanside High School for the past 26 years, teaches American Literature and two creative writing classes. He was also given the opportunity to teach the novel to his students, as part of their syllabus.

Nappi’s first book in his soon-to-be trilogy, The Legend of Mickey Tussler, takes place in 1940s America. Tussler is a big and burly pitcher stuck on a farm with an abusive father and overprotective mother. A chance encounter with Arthur Murphy, the manager of the Milwaukee Brewers minor league team, takes Tussler from throwing apples into a bucket to pitching balls in the baseball diamond. Tussler, who is autistic, is a special character for Nappi.

“I did a lot of volunteer work with charities and foundations, including Autism Speaks, so I have an understanding of young people going on this journey,” said Nappi. “Many people who are autistic are very good athletes, so I thought it would be interesting for a character like that to be discovered and enter into the world of baseball with that challenge among new available opportunities.”

As for his audience, Nappi believes he has a widespread following of readers.

“It’s geared to the YA group, but baseball players, adults who like baseball, and special needs families have enjoyed it as well,” said Nappi. “There are multiple spots in the story where any reader can relate.”

Nappi had always wanted to write something involving baseball, one of his first loves.

“Amidst the ghosts of baseball past, my name is announced on the loudspeaker, I’m signing my books, it was wonderfully surreal; it can’t get any better from a baseball point of view,” he said.

Nappi’s Mickey Tussler books have received high praise from Kirkus Reviews, Howie Rose, and have even grabbed the attention of MLB’s Alex Rodriguez. Nappi is currently writing a third novel for the series, which will be out in April 2016.

As for the messages in the Mickey Tussler series, Nappi wants readers to understand the importance of relationships, overcoming insurmountable obstacles, and transcending the realm of baseball into something bigger than just a sport.

“It’s hard to capture the essence of baseball in fiction because a lot of times it’s wooden and stilted, but the great thing about fiction is that it gives you room to explore and create worlds,” said Nappi, who views writing fiction as a therapeutic escape. “You get to lose yourself fin a world that ordinarily would not exist. The final product, after pen to paper really is amazing.”

When it comes to aspiring writers, Nappi’s words of advice are to just keep writing.

“It takes a lot of perseverance, and it doesn’t hurt to read more,” he said. “Everything you read, your style kind of becomes an amalgamation to everything you have tuned in to when you picked up a book. Just keep at it.” 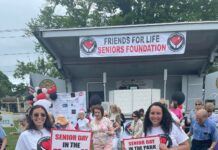 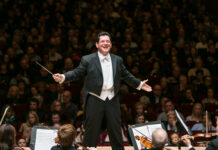 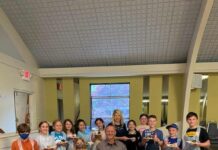