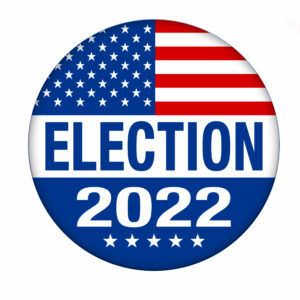 Kevin Thomas (D)
If elected: Public safety remains a pressing issue in my district. That’s why I’ve taken action to modify bail and discovery reforms to give judges more discretion, combating gun violence, domestic violence and recidivism to keep Nassau County’s rating intact as the #1 safest County in the United States. Providing relief to Nassau residents remains a top priority of mine as we work to combat rising costs of living, lift middle class families and improve overall quality of life. Since taking office, I’ve taken action to enact property tax relief, created homeowner tax rebate checks, a permanent property tax cap and also suspended the state gas tax. As we see a national rise in cybercrimes, targeted scams, data breaches, etc. that impact people from all walks of life, I believe we must look at public safety and consumer protection as being intertwined. That’s why I successfully passed legislation protecting data privacy and consumer rights as Chairman of the Consumer Protection Committee, and look forward to continuing our progress. I take pride in ensuring my staff and I remain as accessible to the community as possible to ensure that we are able to listen to constituents, address their concerns and adequately address them in Albany.

Bio: Kevin Thomas was elected in 2018 to represent the 6th District in Nassau County, becoming the first Indian-American in New York history to serve in the State Senate. Kevin lives in Levittown  with his wife, Rincy, his daughter Layla, and their beloved family dog, Sirius.
Kevin immigrated to the United States at 10 years old. Prior to his election, Kevin served as an attorney and civic leader who  spent his career fighting for families across New York State. As an appointee of the U.S.  Commission on Civil Rights to the New York State Advisory Committee, Kevin worked  tirelessly to advance civil rights and expand opportunities for all New Yorkers.
As Chairman of the Consumer Protection Committee, Kevin has been the driving force behind  several groundbreaking efforts to strengthen consumer protections and safeguards, including the  New York Privacy Act, which aims to make New York the national leader in consumer data  protection. In the Senate, Kevin has successfully championed legislation to fight discrimination, protect consumers’ private information from exploitation, expand economic opportunities for  Long Island families, and combat the growing student loan debt crisis.

James Coll (R)
If elected: I am running for New York State Senate because, like you, I am deeply concerned about the direction of our state. The most pressing issue facing the communities in Nassau County is public safety. We are all bearing witness to an unprecedented increase in violence and theft that can be traced, in large part, to the out-of-touch, far-left laws that were all supported by our current State Senators. Cashless bail and senseless discovery rules are just two examples of how incumbents have put criminals first and the safety of you and your family as an afterthought. Another issue important to residents of the district is the high cost of living. To make Long Island more affordable we need to address the exodus of young people and envision Nassau County as a place families want to stay and call home. Instead, as they flee, we are all left to carry the ever-expanding fiscal burden imposed by the reckless spending of Albany officials. My agenda is fixed on bringing common sense back to Albany and restoring the balance that has been destroyed by one-party rule. In a departure from what we have seen in recent years, I pledge to be a State Senator that always puts the residents of Nassau County first.Communities represented in the 6th District include portions of the Town of Hempstead including the villages of Hempstead and Garden City and the hamlets of Levittown, East Meadow and parts of southern Oyster Bay, including the hamlets of Plainedge and Bethpage.

Bio: James Coll is a father of two and a lifelong New Yorker.  In 2018, he retired from the New York City Police Department with over 21 years in the department.  During his time in uniform, he was cited 18 times for service above the call of duty, including deploying to Haiti following a devastating earthquake and to Texas in the aftermath of Hurricane Harvey.  In 2009 he was named Police Foundation Cop of the Year for the efforts he and his squad undertook during the crash of US Airways Flight 1549 in the Hudson River.
James earned a Bachelor’s Degree from Hofstra University and a Master’s Degree from Hunter College.  Since retirement, he worked on a committee for the Nassau County Police Department to make recommendations for the department’s response to calls involving those suffering from mental illness.
James has taught American and Constitutional history at Nassau Community College since 2001.  In addition, he has written numerous articles for Politico, The Hill, City Journal and Newsday among other periodicals and is the founder of www.ChangeNYS.org, a not-for-profit dedicated to promoting honest, open, responsive and limited government in our state.