One of the rights American citizens enjoy is the freedom of expression. You can cheer and support things that you like or choose to peacefully protest things you don’t.
People tend to protest against atrocities affecting their fellow men, like wars or civil injustices. You don’t have to agree with their cause, but they have a right to speak out against them.
That said, this column is not a political commentary on protesters. Frankly, I don’t care if people choose to eat octopus one way or another. 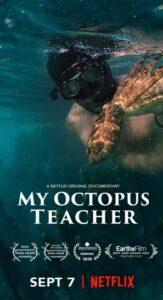 Recently, protesters passionate about the subject gathered at Union Square Park in New York City, chanting and holding signs with pictures of the cephalopods and slogans like “Let’s stop this cruelty!” Their target was a Spanish company called “Nueva Pescanova,” one of the largest seafood distributors in the world. Nueva Pescanova is spending $74 million on the world’s first commercial octopus farm at their research center in Galicia, Spain. The global octopus trade has ballooned to over $2.72 Billion in the last 10 years. That’s a lot of tentacles.
Many Long Island restaurants that serve seafood offer some form of an octopus be it as an appetizer or an entrée. Although I’ve seen it on a menu and have Italian family members who order the disgusting creature, it’s not for me.

So, why the angst against restaurants and supermarkets that sell octopi? Thanks to an Oscar-winning Netflix documentary, My Octopus Teacher, people are beginning to understand more about these strange, alien-looking creatures. The documentary focused on their intelligence and problem-solving abilities, noting their capacity to feel pain and have emotions. They even have long-term memories.

Maybe it’s just me, but I’m not a big fan of eating anything that could kill me. I like things like beef and chicken, salmon and shrimp. I know people eat bears and snakes or wild exotic animals at a Brazilian BBQ restaurant. Again, it’s just not for me.
I’ve seen enough science fiction movies (and National Geographic specials) to know I wouldn’t want to encounter an octopus while swimming. If there were ever a creature on Earth that looks and acts like it came from another planet, it’s the octopus. They have no bones and can slink through almost any tiny opening. Think you can kill them by harpooning them in the heart? Think again—they have three of them.

We eat cows and chicken because they taste good. Who’s to say they aren’t intelligent? In this country, we don’t eat dogs. Not because of their intellect, it’s because they are our friends. Louie the Labrador is extremely intelligent. He has feelings, emotions and problem-solving abilities. He knows exactly which one of us to approach if he wants a snack (my wife).
As an Italian kid growing up in Brooklyn in the ‘60s, I suffered through my share of the traditional Christmas Eve “Feast of the Seven Fishes.” When I was ten, my aunts and uncles insisted I “try” octopus for good luck. Of course, I didn’t eat any fish at that age.
Knowing most of my uncles were pranksters, I saw them take the tentacle out of the pot and put spaghetti sauce over it. I knew it wasn’t real because it looked like a toy. They were putting sauce on a rubber tentacle as a joke on me. After all, who would eat something as disgusting as this?

I played along, ready to tell them how great it was. I even tried to bite into it, knowing my teeth would bounce off it. Then I bit right through, realizing it was real!
I can’t tell you the disgust that overwhelmed me.
So, to all those protesting octopi farms and having the beast removed from restaurant menus, I support your right to protest. However, I don’t believe in depriving people who enjoy those inky mollusks of their right to dine on the eight-legged creatures. It’s a free country, right?
Not on my dinner plate, it’s not…