Recently, my oldest son James was playing Rock-Paper-Scissors with our niece’s four-year-old. She recently learned the game and was eager to play it with anyone (and everyone) who was willing. Of course, as most young kids are wanting to do, she was cheating to make sure she won.

She’d wait until he put down his selection and then put out the winning choice. Elated as she kept winning, the laughter of a young child was contagious. Except James was having none of it. He told her even though she was just four, he wasn’t going to let her win if she was cheating.

She continued playing with him, losing a couple of times, but when she legitimately won, it was triumphant for her. Personally, I believe she learned a valuable lesson—if you play a game, understanding that you can’t win every time makes winning that much more pleasurable.

Earlier this year, I read an article in the Washington Post about parents intentionally cheating so their kids would win at board games. This strategy avoided temper tantrums and bad feelings for the loser. Although I can understand that approach in certain situations (like when dinner or bed time is approaching), I generally never subscribed to that theory.

When it came to playing games, I wanted my kids to understand two things—the rules of the game and that sometimes, they will not be the winner. Don’t get me wrong, I never brought my “A” game when going against a 7-year-old, but I wanted them to learn the strategy of the game and enjoy it. What good would it be if they won every time?

I was a real stickler for the rules (still am). I might bend them every now and then without affecting the integrity of the game, but if you threw a seven, you moved your game piece seven spaces and dealt with the consequences. That’s how the game is played.

It not only enforced the rules of the game but helped them learn the strategy behind playing it, teaching them how to use their brain when options were presented and figuring out what choice works best. They were kids, but they were learning to use cognitive thinking. Trouble isn’t only about popping the dice and blindly moving your piece. You need to use math skills to maneuver successfully around the board. We loved playing card games like Uno or learning the nuances of strategy games like Clue, Battleship, and Life.

Sometimes it wasn’t always about declaring a winner. Playing Mousetrap wasn’t about winning at all, it was about building the contraption and getting it to work all the way through. At the end, everyone got a chance to set the apparatus in motion. Like most people, we never got through a complete game of Monopoly, but my kids learned how to make creative deals with the landlord if they landed on properties and didn’t have enough money to pay.

My boys bored easily with kid’s games like Chutes and Ladders because there was no strategy, just roll the dice and move your game piece. They enjoyed Guess Who? because it required asking relevant questions to find the “Mystery” person. Each player had a game board with 24 individual faces and the object was to ask your opponent yes/no questions about their “mystery” player’s face—like “Do they have a beard?” or “Are they wearing glasses?” By obtaining answers about the mystery player, you would eliminate all the others. That’s the type of deductive reasoning, at a child’s level, that you just don’t get in Candy Land.

To this day, my kids still have a healthy appetite for board games. Along the way, they learned the rules and never threw tantrums if they lost, but there was always joy and satisfaction when they won. I’d like to think that we, as parents, had a part in that.

Someday, I hope my boys will teach their children how to enjoy playing games without having to break rules so they could win all the time. Even if it’s something as simple as Rock-Paper-Scissors.

Paul DiSclafani, a Massapequa resident, is a 2018 Press Club of Long Island award-winning columnist and an Anton Media Group contributor since 2016. 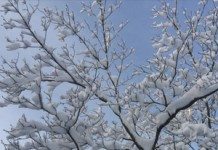 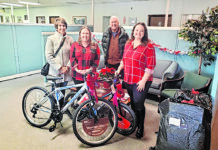